Wine During Pregnancy: Not Even One Glass 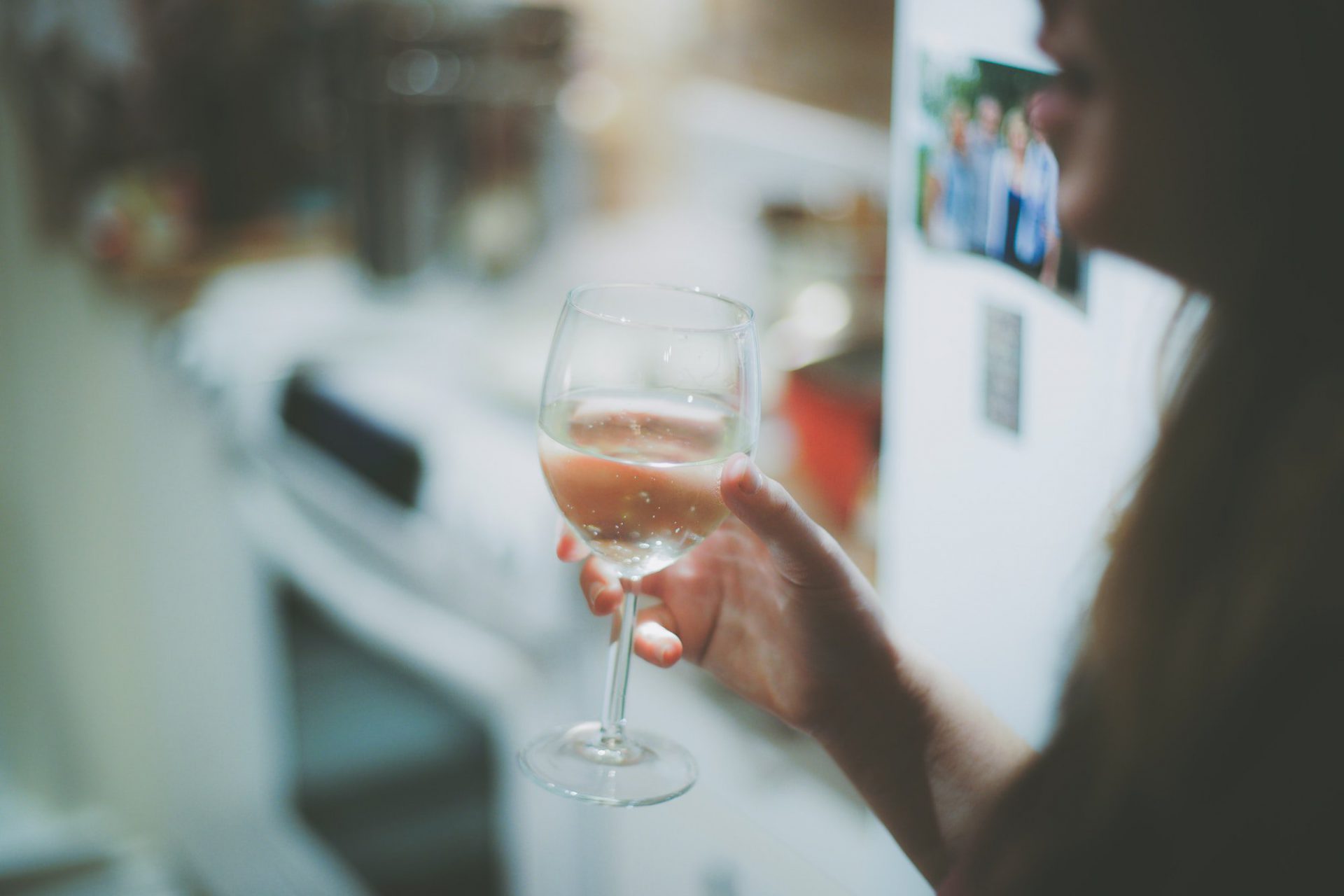 Drinking wine during pregnancy has become a taboo subject over the last several decades.

Chances are, our mother’s and mothers before them likely had a glass of wine or cocktail to relax during their pregnancies. Most of us turned out just fine, right?

Today, expectant mothers are given long lists of what not to consume or do during their pregnancies. Don’t eat cured meats. Watch out for soft cheeses. Stay away from sushi. Don’t exercise too much.

Most pregnant people strictly follow these rules and maintain a healthy diet, but many have questions about alcohol consumption. How much is too much? Is there a safe amount?

No, not even one glass.

Keep reading for an overview of Fetal Alcohol Spectrum Disorders and a breakdown of the myths about drinking alcohol while pregnant.

Thanks to modern science, we know that alcohol is a teratogen – this means that it can cause birth defects. The Centers for Disease Control and Prevention (CDC) states that drinking alcohol during pregnancy can cause miscarriage or stillbirth. It can also leave children with a lifetime of physical, behavioral, and intellectual disabilities.

These disabilities are caused by fetal alcohol spectrum disorders (FASDs) and they are more common than you think. According to the medical journal JAMA, 1.1-5% of children in the United States are born with FASDs because of the amount of alcohol consumption by expectant mothers.

This means that these disorders are more prevalent than autism!

The CDC warns that children born with FASDs may suffer from the following:

Myths About Wine During Pregnancy

There are a lot of pregnancy dos and don’ts, so sometimes it’s hard to determine which are true. It’s even more difficult to decide when you are presented with conflicting information.

Here are several of the most common myths about consuming alcohol during pregnancy.

Did you know there was once a time when alcohol while pregnant was recommended by doctors? Often, they would prescribe champagne for pains or morning sickness.

According to a journal by the Colonial Williamsburg Foundation, pregnant women were given shots of alcohol to “ease discomfort.”

While drinking may help you relax, there are other side-effects that you will suffer from. Dehydration and drowsiness are two symptoms that make it hard for heavily pregnant women to go about their day.

Myth #2: The placenta will filter out harmful substances, so drinking alcohol is safe.

There is no truth to this myth. When a mother drinks alcohol, her fetus is “enjoying a drink,” too!

Alcohol does cross the placenta. The baby is exposed to the same blood alcohol level as the mother.

Myth #3: Certain types of alcohol are safe to drink during pregnancy.

Maybe you feel better drinking wine during pregnancy because it’s not as “hardcore” as liquor or other spirits. The truth is, the type of alcohol doesn’t matter.

A standard drink, no matter the type, contains 14 grams of alcohol.

Myth #4: Only alcoholics have children with FASDs.

Many mothers believe that as long as they are consuming a “safe” amount of alcohol, their babies will be healthy.

Yes, the risk of FASD is much higher with greater alcohol consumption, but any amount of alcohol can negatively impact a fetus’s development.

Myth #5: Children with FASD will grow out of it and be healthy.

Unfortunately, many of the conditions associated with FASDs are lifelong disabilities. If too much alcohol is consumed during pregnancy, there is no way to reverse the damage to the fetus.

Many of the symptoms can be managed successfully, but the disability cannot be cured.

Many mothers will begin to drink dark beer before giving birth because they’ve heard that it benefits milk let-down. There is no evidence that this is true.

In fact, according to the National Institute on Alcohol Abuse and Alcoholism, it has been proven that drinking alcohol inhibits let-down and decreases the production of milk.

Myth #7: It’s acceptable to drink alcohol after the first trimester.

A fetus’s brain doesn’t stop developing after the first trimester. Drinking alcohol at any time throughout the pregnancy could negatively affect development

The Bump says that drinking any amount of alcohol can raise the risk of miscarriage by 30% during the first trimester. This risk jumps to an astounding 70% in the second trimester! These statistics debunk the myth entirely – it can be more dangerous to drink later in your pregnancy.

Not Worth the Risk

You might be nervous, in pain, and on edge, but that small glass of cabernet isn’t worth it.

Sure, a little bit of alcohol consumption during pregnancy might be fine. But are you satisfied with "might?"

The truth is, doctors aren’t able to accurately tell us what level of alcohol consumption is risk-free. Any amount of alcohol you consume during pregnancy is a gamble. The safest choice is always none at all.

While making the decision to drink wine during pregnancy is always a personal one, we should all become aware of the possible consequences and choose wisely.

It’s important that accurate information be provided so people can make informed decisions about their bodies. If you’re concerned about FSADs and want to inform others of the risk, share this article with friends by using the social share buttons below!

5 Tips for Getting Through a Summer Pregnancy