Hip Pain During Pregnancy: What Causes and Treatment

Scientifically there are many reasons for this regular hip pain in pregnant women. This hip pain discomfort is mostly felt a bit late in pregnancy, mostly in third trimester. This hip pain occurs critically as the pregnant women body starts preparing for labor. Hip pain during pregnancy is often found with symptoms like soreness and strain towards the area where baby usually tends to lie in uterus.

During pregnancy, the body of pregnant women release hormones that soften and relax the ligaments and muscles of uterus vagina through pelvic girdle which in turn will lead to hip pain and hence to facilitate the delivery, these changes often happen in the body of pregnant women. Lower back pain and changes in the posture including soreness at back is very common. Apart from this, heavy uterus with more weight will also lead to soreness in feat.

The enlarged uterus will cause pressure to sciatic nerve. Sciatic nerves are the two nerves that will pass from lower abdominal position to upper part. When growing uterus pressurizes the nerves, pregnant women feel soreness, numbness, and tingling sensation in buttocks, hips and thighs too.

Also apart from all these, round ligament pain is the other chance of hip joint pain where groin area, abdomen, and hip area will be aching and all together will lead to soreness of hip joint.

Must Read About: Pelvic Pain During Pregnancy : Causes and Treatment

Hip Pain in Pregnancy and its Treatment

Practicing few pregnant exercises and following the correct methods and methodologies according to the physical fitness will help decreasing the hip pain. It is clearly advised that pregnant women should strictly confine themselves to only few exercises where misplacement of postures may lead to critical results which might also include fetus death.

As pregnant women get closer to their due date, they should concentrate on their postures while they sleep and should take care of their gestures according to the movements. It is best to have pillows between two legs and sleep aside. Mostly baby turns towards the left side of abdomen and hence it is best to avoid left hip pain during pregnancy which is most common. 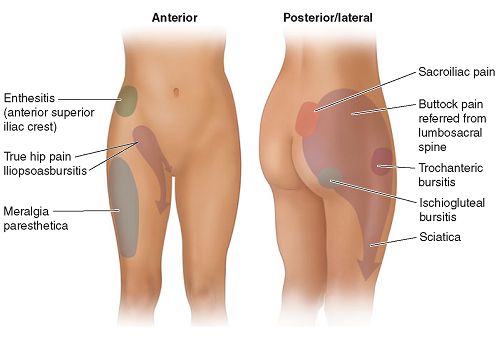 If hip area is accompanied by soreness and pressure towards the pelvic area, then it is advisable to consult health provider as this is one of the most pre term labor symptoms. Abdominal cramping, lower back ache and soreness towards the hip area and enlarged naval are best symptoms to identify that the pregnant women are ready for their labor.

Considerably, preterm labor is associated with continuous hip pain and hence hip pain can be taken as a note of completion of due date by a pregnant woman.

The continuous pressure of enlarged uterus should be maintained in order to get rid of these common problems during the gestation period of pregnant women.

What Does Breast Pain During Pregnancy 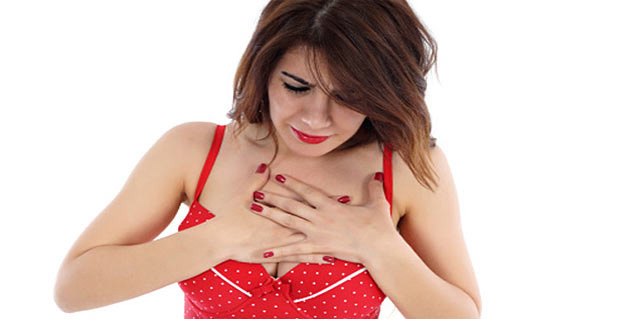 What Does Bed Rest Mean During Pregnancy