What to Expect in Week 18 of Your Pregnancy

Pregnancy is the most beautiful experience a woman can have and are excited in the course of the initial few months of it and is when the greatest developments take place not only within mother’s physical system but also for her baby within.

There are a number of most exciting changes outside and within a mother’s womb for her duration of her pregnancy week by week. During this period a women need to have a thorough knowledge about pregnancy signs and symptoms. During 18 Weeks Pregnant the baby may be between five to six inches long and weigh more than 5 ounces.

This week, one officially begins with fifth month of pregnancy. During Week 18 Pregnancy a number of changes take place in women and in baby.

Fetus development after growing for 18 Weeks

During pregnancy week 18 a baby start developing a strong heart and strong muscles. An ultrasound after pregnancy week 18 will help in detecting structural problems in heart or surrounding organs. Most of the babies will be born without problems, only some babies have congenital heart. Ultrasound will help in detecting problem so that steps can be taken to support newborn baby after birth. During pregnancy week 18 a baby will start producing myelin which is a protective covering that supports the nerves of baby’s body. Babies genitals are also formed and can be distinguished using an ultrasound. Hardening of the bones will begin in this week, the first bone to harden include the clavicle and the legs. 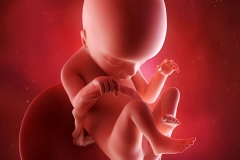 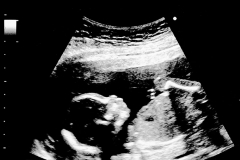 Some of the changes after 18 Weeks Pregnant and its Symptoms

Most of them start getting a bit uncomfortable as they start continuing their pregnancy week by week. During pregnancy week 18 one may want to lie on left side when sleeping. Doing so can help in preventing the compression of inferior vena cava which is a large vein in the body that supplies blood back to the heart. Try placing a pillow behind you or under your hip or upper leg for more comfort. During pregnancy week 18 one can find out the gender of their baby in the womb. Mother begins to feel a flutter in belly which doctors usually term it as ‘quickening’. Because of pregnancy related hormones one might feel aches in back and legs.

Many 18 weeks pregnant starts weight gain which is varies person to person. The normal weight gain at 18 weeks is 4 lbs and sometime it’s more, which is all depend on your body structure, so you don’t have to worry about gaining weight during 18 weeks because this is one of the symptom of 18th weeks of pregnancy.

Another physical change that one can notice during pregnancy week 18 is faster growing nails. An increase in appetite is quite common. It is advised to choose the meals as well as the snacks which are rich in terms of nutrients. During this phase the blood pressure is lower than usual as the cardiovascular system undergoes a dramatic change. Gas pains are a way of life at this moment and it’s common to mistake fetal movement for a little indigestion. 18 Weeks Pregnant Belly is nothing more than the 17th week. Some doctors might recommend a 18 Weeks Pregnant Ultrasound or some might not and this depends on your overall health.

It is advised to have several smaller meals each day rather than have three large meals per day. Exercise is important in staying healthy. So, one should try out a simple exercise like walking around which even help in easier labor.

The Importance Of Ultrasounds At 18 Weeks

At 18 weeks, you are about half way through your pregnancy. This is likely where you will get a full ultrasound, which may be the last time you see your baby until she or he is born. The baby at 18 weeks is big enough to perform a transabdominal ultrasound, which means it goes through the stomach. The image produced is very important, as it gives an indication of the baby’s health.

The sonographer will measure:

At 18 weeks, you will likely really start to feel your baby kick. Some women say the kicks remind them of popping popcorn, whereas others have a “quickening” sensation, which is like the fluttering of butterflies. If you have not put on a lot of weight, your belly may start to move with a kick as well. For many moms, that first real kick is a confirmation that there is truly a baby in there. However, it really is only a well-placed kick of your baby that you will feel, and not all the other movements. This is why you should not panic too much if you happen have a day in which you don’t feel anything at all.

What to Expect in Week 34 of Your Pregnancy

What to Expect in Week 17 of Your Pregnancy 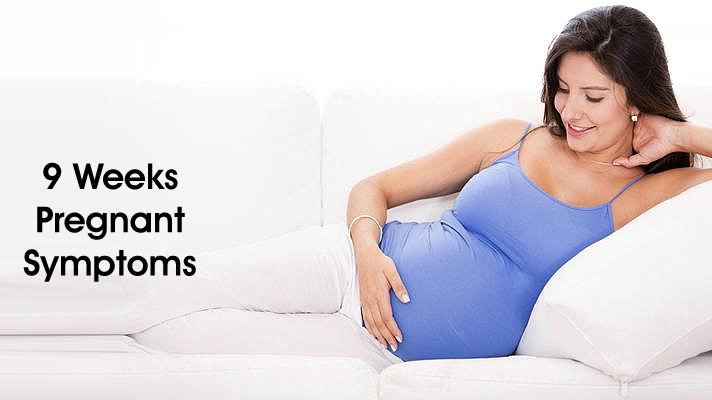 What to Expect in Week 9 of Your Pregnancy

Causes of Sweating at Night During Pregnancy

What to Expect in Week 19 of Your Pregnancy